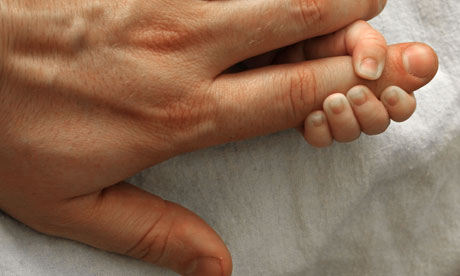 If you read my previous post “All grown up” here, you will realize that some experiences in my past, specifically the ones dealing with the passing away of my maternal grandparents instilled a sense of ‘detachment’ in me more than anything else. As years went by and as I had more such experiences in life where friends and relatives tended to ‘drift apart’ from me due to a variety of reasons I developed a sense of ‘detachment’ with relationships in general.

Not to say that I don’t get attached to people or to relationships at all, but it was more like me planning for the ‘worst case scenario’ almost all the time. And in the case of relationships such a scenario would either be the other person gradually drifting apart from me or even worse. While I understand that this probably can be viewed as pessimistic or even cynical by most readers, this attitude of mine has stood the test of time for me, and has probably been the single most effective method by which I have prevented myself from getting ‘hurt’ in relationships for quite some time now.

While I do realize that having such an attitude probably (many of you might even use the adjective ‘surely’) prevents me from ever having a completely ‘fruitful’ relationship with anybody, given that I am almost never completely honest with myself or the other party in a relationship and am always hesitant to give ‘my all’ to the relationship, the fact remains that this is one aspect of my personality which probably has been changed for good and probably cannot be changed back ever.

But then, getting married and subsequently having a daughter after six long years of married life have changed this aspect of mine to a large extent. Today, my wife and little girl, and to a smaller extent my extended family of in-laws mean much more to me not just because they are related to me but also due to the extremely intense personal equations that I enjoy with all of them. However, there still exist large parts of my personality which remain skeptical about my ability to be genuinely ‘attached’ to them given my bad experiences in the past. I almost always try and look for avenues where I can ‘let go’ of my attachments to any relationship I have…I guess that part of my personality has become so strongly fused with me that it will always remain a part of me forever.

One thing that both my wife and me are very conscious about and have been since our little girl came into our lives is the fact that we ought to remain extremely objective about our relationship with her and not allow ourselves to get inalienably or unduly attached to her. We always tell ourselves that end of day, she has her own personality and is going to develop into a wonderful individual person of her own. We need to perform our duties as parents, provide for all her necessities, inculcate good human values in her, teach her how to survive in this world, provide her with a decent education which will hold her in good stead, all this while remaining relatively ‘detached’ from her.

While readers may believe that this is probably an ‘escapist’ kind of mindset that we are exhibiting, both of us sincerely believe that this is the most effective way to bring up a child nowadays. Given the changes we are witnessing in the cultural landscape the day isn’t too far away when urban children such as ours will want their independence sooner rather than later, and it therefore would help if all urban parents learn to ‘let go’ of their children sooner rather than later in lives.

We personally believe that gone are the days when children relied solely on their parents to take the relatively more important decisions of their lives. And if anything, we parents should feel happy and blessed if they actually even allow us to be part of these decisions. Each successive generation exhibits levels of maturity and independence that easily surpass that of previous generations, and by the time my little girl reaches her teenage years, I am more than sure that she wouldn’t even think twice about living life on her own terms without necessarily involving us parents in her decision making process.

But then, what prompted this post, this ‘rant’ about children nowadays, and about ‘letting go’ sooner rather than later?

Given that I reach office at around 7.45 AM IST every day, it is either my dad (mostly) or my wife (rarely) who drop off my little girl to the play school where she is enrolled. However, on Friday I was working from home and I therefore decided to drop her off that day. Having heard stories that she almost always is more than happy when she actually sees the school and its surroundings and has absolutely no issues saying a quick bye and running into the school compound, I thought it would be a breeze. And the fact that she has been attending play school for more than six months now also gave me the confidence that this would be an easy task. But then life has a way of biting you in the backside when you least expect it, doesn’t it.

There we were, on the two wheeler, me telling my lil one to behave herself, have fun with friends, sing her rhymes and all that when we stopped outside the gates of the school. Unlike her usual self, she took her time in getting off from the vehicle and then without looking back at me, she started rubbing her eyes. The lady from the school gently took her by the hand and started leading her inside. She had hardly taken a couple of steps when she turned back, looked at me and started bawling her lungs out, teary eyed and all.

At that point in time, all my theories about ‘letting go’ and ‘staying detached’ got thrown out of the window. I immediately parked the vehicle, went up to her, lifted her up and the two of us stood there for a good 40 odd seconds when I showed her how her friends were already there at school and were waiting to play with her that day. And as is the norm with kids her age, she immediately wanted to go and join them. Thus ended the tears and the sorrow of separation for her.

As for me, while I am not having any second thoughts about my concept of ‘letting go’, I sure have realized that two and a half years is too young an age to actually begin ‘letting go’ of my daughter, and that I should give her some more time to ‘find her own feet’, so to speak.