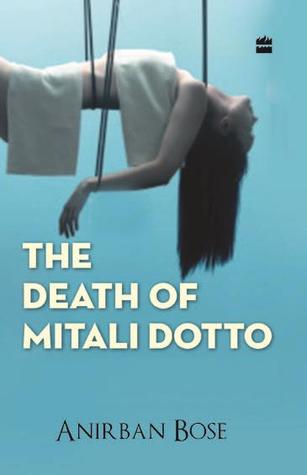 Goodreads blurb: When a young stab victim is brought bleeding into the emergency room of a modern New Delhi hospital, Dr Neel Dev-Roy manages to resuscitate her from near-death. Neel, who has just returned to India after spending fifteen years in the US, is shocked to discover that because there is no one to pay for the young woman’s care, the hospital authorities will disconnect her ventilator and let the young woman die.

Outraged, he decides he won’t let that happen. But Neel has no idea what awaits him, and as he takes on dishonest doctors, apathetic bureaucrats, corrupt policemen and power-hungry politicians in the struggle to keep the young woman alive, his obsession with her life begins to affect his own. Neel also begins to understand that some people might want the young woman dead for reasons that aren’t just about the expense of her care.

Set in a milieu which finds Dr Neel coming back to an India he left behind at least fifteen years ago, with his mind continuously searching for a ‘closure’ to what actually happened to his estranged father, the narrative begins with Mitali Dorro being wheeled into the emergency room and Neel resuscitating her despite opposition from other senior doctors present. This situation catapults Neel into a whirlpool of troubles with punishment assignments, mysterious men stalking his wife Stuti and a plethora of other troubles.

The author Anirban Bose uses the setting to provide readers with fairly insightful observations about the booming healthcare industry in India today and informs us about the shady dealings behind the shiny glass facades of the various new hospitals cropping up in our cities by the dozen. Corrupt politicians, the need to project Indian hospitals as a sought after destination, the inevitable nexus of power, money and corruption amongst the senior healthcare practitioners all form a part of this narrative. And it must be said that the author doesn’t quite take sides while presenting the facts as they are.

With all of this action happening in Delhi, Neel’s efforts to figure out what actually happened to his estranged father after the time he left his mother and him are also woven into the book. His journey to Jhargam, a Maoist hotbed where his father spent his last few days proves to be quite revelatory and Neel learns that all is not quite what appears to be. How this thread is linked with the main narrative is also done quite deftly.

At the heart of it, this book is about Neel Dev-Roy ‘coming of age’ albeit not in a traditional sense of the term. By the time the book ends, Neel finds himself wiser, happier and more importantly somewhat ‘at home’ and at peace with himself and his choices.

Disclaimer: A review copy of this book was provided to me by the publisher in return for an honest and unbiased review.