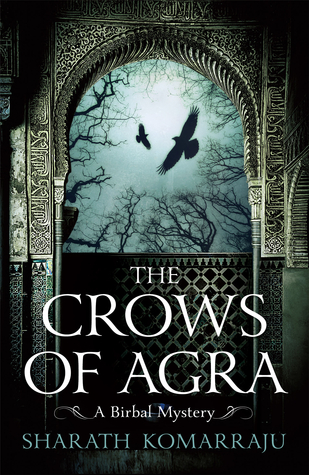 Goodreads blurb: The year is 1562 A.D. Just into his twentieth year, Akbar readies himself to emerge from behind the veil and stake his claim to the Mughal throne.

But the figure of his regent, Bairam Khan, looms large in his path. After an exchange of blows and wits, Bairam Khan is subdued. Akbar forgives him, and forces upon him a pilgrimage to Mecca. On the eve of his departure, Bairam Khan is found murdered in his chamber.

With the help of Mahesh Das — a Brahmin who Akbar has befriended — Akbar must find out who killed Bairam Khan. But in the insidious Mughal court — a hotbed of intrigue and suspicion — danger lurks at every step. One false step could cost them their lives.

With this book author Sharath Komarraju takes on the much loved characters of Akbar and Birbal and tries to plot an origin story of their relationship. I am more than sure that all of us as children have heard at least one or more story of the wonderful little riddles and problems that Akbar poses for Birbal (possibly his favorite courtier) and how Birbal in his own whimsical, quirky and idiosyncratic ways solves them. However, this book has a more serious issue which Mahesh Das (who goes on to become Birbal) has to solve at the behest of his emperor Akbar.

As the blurb states, the book deals with the murder of Bairam Khan, Akbar’s regent who is almost like a father figure to the emperor. Mahesh Das, who by sheer dint of fate (and a few machinations of his own) ends up being in the same building where the crime occurs and is therefore pitch forked into the  middle of all the action and is tasked by Akbar to find out who the murderer is. More than just the identity of the murderer himself, there is more at stake for Mahesh Das as the emperor’s mandate is crystal clear – find the murderer if you intend to continue as a courtier in my court.

Given the desperate situation he finds himself in Mahesh Das uses his wits and smarts and begins investigating the murder itself. And he stumbles upon suspect after suspect who has enough and more motives and probably even the means to have committed the murder. It doesn’t help that almost all the inmates of the palace where Bairam Khan was murdered seem to have had more than one bone to pick with him. Suffice to say that Mahesh Das has to bring his “A Game” to the table to solve the crime.

Does he manage to solve the crime, does he manage to become Akbar’s courtier, and how does Mahesh Das become Birbal forms the crux of the rest of the book. Suffice to say that Sharath Komarraju lives up to his already high standards of penning eminently enjoyable murder mysteries with The Crows of Agra as well.

Click here to purchase the book from Amazon [Link].

A review copy of this book was provided to me by the author in return for an honest and unbiased review of the same.