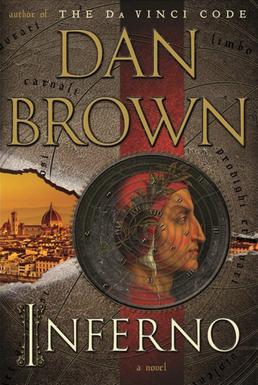 For whatever reason I couldn’t quite come around to finishing The Lost Symbol by Dan Brown. A combination of being overworked at office, the fact that I got only a hardbound copy of this bulky book, too many material interruptions meant that I couldn’t finish this book even though I pre-ordered it online and got it on the day it was published. This effectively meant that I was not as excited about Inferno, when it was released. Yes, Dan Brown’s viral marketing technique of having a puzzle which when solved would display the cover of the book, the pre-release hype was all noticed by me, but I didn’t quite get into the flow of things. And then, when initial reviews mentioned that this book had Dante’s Inferno as the base on which the story was kind of built on, I lost further interest in it as I had no clue about Dante except that he was a poet, in fact I didn’t even know he was Italian until I read this book.

The second half of 2013 and especially the last three odd months have been quite a whirl for me, with lots of writing and reading going on. Given that I had finished off around 5 books written by Indian authors continuously I wanted to read something a little different, a little more ‘universally commercial’ if I can call it that and that’s how I ended up picking up Inferno on 27th Dec. The aim was to finish if off before midnight on 31st Dec so that I could end the year with Dan Brown. And man, was it a wise decision or what.

When Robert Langdon (his fourth outing after The Da Vinci Code, Angels and Demons & The Lost Symbol) wakes up in a hospital in Florence with short term amnesia not knowing what exactly he is doing in the city and is almost immediately chased down by a potential assassin readers will know that they are in for a fun ride across this wonderful Italian city. And true to his reputation Brown doesn’t hold back any punches and delivers blow after blow in this fast paced thriller.

Assisted by the mysterious Dr Sienna Brooks who also happens to be a child prodigy, Langdon figures out that something terrible is being planned when he discovers a hi-tech projector that displays a modified version of Botticelli’s painting Map of Hell which was based on Dante’s Inferno. This is the first and significant clue that the duo has on their quest to find out what exactly it was that Langdon was doing in Florence in the first place.

The relentless action moves from Florence to Venice and finally culminates in Istanbul and suffice to say that the description of the first two cities is nothing short of a mini Lonely Planet guide, at least in terms of the architecture, sculpture and paintings found there. The details that Brown provides in terms of these two cities, their history and the famous landmarks there is simply outstanding and is illustrative of the amount of research that he and his team undertake before they start work on any of his novels. It is almost like you are there in the city and the monument itself when Brown describes the same, and this is one of the reasons that he is such a widely read author. To combine such detail in the thriller genre and not slow down the pace of the story is a gift that Brown exploits to the core in this book as well.

What worked really well for me in Inferno was the unexpected twist approximately 75% into the book. It has the effect of turning the entire situation and circumstances on its head and will probably confuse movie viewers whenever this book is going to find its way to the silver screen.

Where I do have issues with the book is the fact that invariably Robert Langdon has to be the only person who can solve a world crisis. While I understand that the thriller genre requires a ‘hero figure’ to drive the story forward, the fact remains that Brown places too much reliance on Langdon’s character time and again, and if I were Langdon I would be really tired of saving the world for the fourth consecutive time. Maybe it is time that we retired him and brought forth a protégé. And while the premise itself is quite believable, maybe the scale could have been reduced a little, the stakes a little lower, that’s all. But then, this is just me nit-picking at what is essentially a well paced lovely thriller of a story.

Disclaimer : By purchasing the books from the above links, I will earn a small commission from the affiliate programs of Amazon and Flipkart, but you will not have to pay anything additional to purchase the book.